Background: The ethnopharmacological relevance suggests that the ethnic minorities of India use leaves of Cissampelos pareira L. as a traditional medicine for curing various psychopharmacological disorders.

Conclusion: Based on the results, of this study, it can be concluded that CPHE 400 mg/kg exhibits strong anti-depressant, anxiolytic, and muscle relaxant effects, justifying its traditional uses. 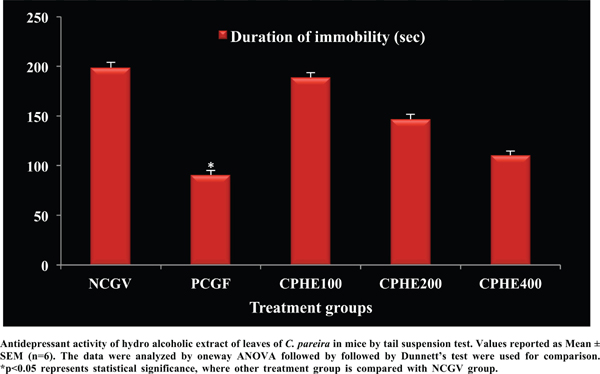